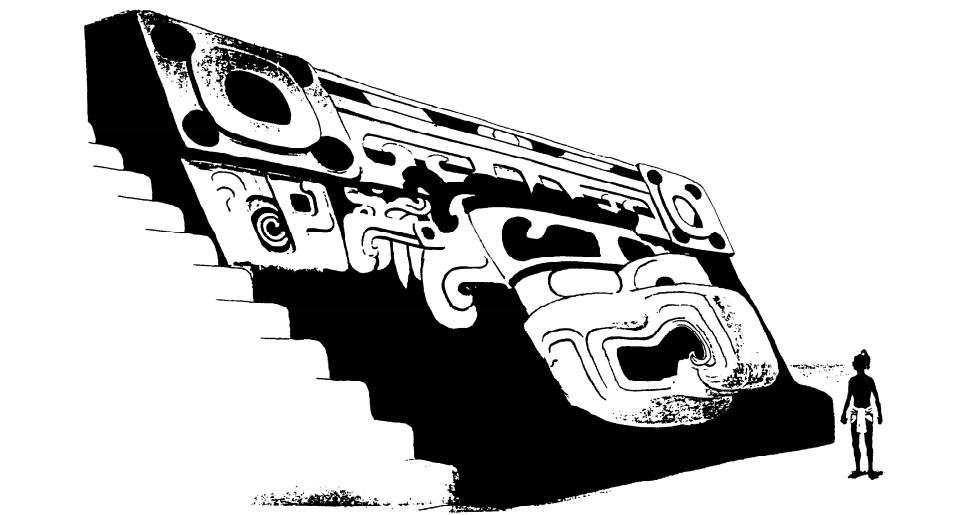 for read, click in the next button...
Read More

Richard is a specialist on the early Maya and is the Director of the Mirador Basin Project and a leading archaeological research and scientific studies for 40 years, and the founder and president of the Foundation for Anthropological Research and Environmental Studies (FARES). Hansen graduated with a Ph.D. in Archaeology from UCLA in 1992, as an Outstanding Graduate Student and with highest honors. He previously held a double major B.S. degree (cum laude) in Spanish and Archaeology from Brigham Young University in 1978, and a M.S. degree in Anthropology in 1984. Hansen’s currently involves scholars from 66 universities and research institutions from throughout the world.

He received the Achievement Award and was named Environmentalist of the Year in Latin America by the 161,000 members of the Latin Trade Bravo Business Association and Co-organizer of several major Maya exhibit in museums, 27 films including National Geographic, Discovery Channel 3 Net. He was the principal consultant for Mel Gibson’s Apocalypto.
As a project, his team has currently published 2 books, 229 scientific papers, abstracts, and 826 technical reports and mapped, excavated and studied more than 51 ancient and largest cities in the Mirador Basin in the Peten and Central America.

She began her work in 2015 carrying out archaeological excavations in El Mirador.
She has been in charge of the inventory of skeletal remains from the last 40 years following up on all investigations of the site, which has allowed her to work with experts on her specialty.
She has participated in the organization committee of archaeological exhibitions on pre-Hispanic themes and industrial archeology.
Lorena has achieved a Bachelor degree of Business Administration from GAIA Business School and has achieved a degree as a Technician in Archeology from USAC (Universidad San Carlos de Guatemala).

Lilian works at the Mirador Basin Project since 2000 as a curator of archaeological materials.
She has a 37-year experience specialty in ceramic, lithic, shell, bone and stucco conservation.
She mainly works in the laboratory in Guatemala City and also at the field. She also has participated in 7 archaeological projects, and has been a professor at USAC (Universidad San Carlos de Guatemala) and Universidad Landívar. Her natural affinity guides her in her work with Guatemala’s natural heritage.
Lilian is an Archaeologist graduated from the School of History at the USAC (Universidad San Carlos de Guatemala) and has received training in conservation issues.

She has been trained in enameled ceramics, documentary preventive, restoration, tissue collections, among others.

Mr. Martinez has been working at the Mirador Basin Project since 2006. He is a professional analyst of pre-Hispanic ceramics and keeps this position up to date. He also works in the archaeological laboratories in Guatemala City as well as the countryside. He has 30 years of experience in archaeological research related to the Mayan lowlands and the Guatemalan altiplano. He has also been an advisor on issues of Cultural and Natural Heritage Conservation and Real Estate Restoration and has worked as a consultant on environmental matters. Mr. Martinez has been an assistant professor at the School of History at the USAC (Universidad San Carlos de Guatemala), Universidad del Valle and a university extension of Peten CUDEP.
Gustavo is an Archaeologist graduated from USAC (Universidad San Carlos de Guatemala) and an expert in environmental impact studies. He’s also a candidate for a Master’s Degree in Environmental Management and Planning by USAC.

Mr. Hernandez has been a part of the Mirador Basin Project since 2004. He started with regional mapping and is now a specialist in that area. His most recent work is focused on the excavation of roads and lowlands. Enrique is a Technician in Archeology at the School of History of the University of San Carlos de Guatemala. Experienced in various software use such as AutoCAD, Photoshop, Illustrator, spreadsheets.

His interests include archaeological photography and drawing.
He has participated as an exhibitor in several symposiums, meetings and conventions, both nationally and international. and he enjoys the gift of communication, always seeking simpler and more effective solutions.

Edgar began working in 2008 as a draftsman of archaeological materials at the project laboratory in Guatemala City. He has extensive experience in drawing, mapping and model techniques. At the basin he carries out archaeological investigations for the Mirador project. He has worked in various archaeological sites at Peten and the Guatemalan Altiplano.
He has held various positions at the Institute of Anthropology and History, from project supervisor to interim headquarters within the Institution.
His quality and sharpness in his drawings has led him to be one of the best illustrators in publications.
Edgar has a degree as Technician in Archeology from the School of History at the University of San Carlos in Guatemala.

Mrs. Balcarcel is currently working as Coordinator of the archaeological laboratories in Guatemala City and El Mirador Basin. She started in 2001, and has more than 25 years of experience in sites of the Mayan Lowlands, the Altiplano and the South Coast of Guatemala. One of her special skills is the architecture of ceramics, pre-Hispanic iconography and education. She was Co-Director for the New World Archaeological Foundation in Provo Utah, Brigham Young University. She also was awarded a scholarship by Spain and Israel and a teacher at the University of San Carlos in Guatemala. She has a degree in environmental education and ecotourism. She also has the quality of being discipline to direct and coordinate work groups.

Douglas began working at the basin in 2005 as part of the regional mapping and recognition program, which became his specialty. In addition to mapping, he has made archaeological investigations in pre-classic and classic sites such as “Casa de Coral”.
He’s also responsible for the registration and inventory of special ceramic and lithic materials. He has participated in congresses, symposiums and forums, both nationally and internationally. Douglas has the ability to keep a rigorous control at the site and also the ability to work as a team player among his colleges.
Douglas is an Archaeologist graduated from the School of History at USAC (Universidad San Carlos de Guatemala).

Anaité, started at the Mirador Basin project in 2005, doing excavations at “La Danta” archaeological site. Currently, she’s focused on its archaeological excavations and programs aimed to the education for all the children at the community. Anaité, has knowledge of German, English, Italian and Mayan languages. She also specializes in working with people with special needs, mainly deaf people, with difficulties in articulating phonemes and language.
Based on her skills and communicative personality, she has allowed herself to interact in a better way with the community at the Mirador Basin and abroad.
Anaité is an Archaeologist graduated from the School of History at USAC, (Universidad San Carlos de Guatemala).

Mr. Morales is an archaeologist, field director at FARES Foundation and Mirador Basin Project since 2002. He has coordinated the Mapping Program and the archeological map of the basin and its periphery. He was also the Co-Director of the Petén-Norte Naachtun Laboratory Project “Archéologie des Amériques” at the CNRS-UMR8096, France.
Its many attributes vary form, Landscape Archeology, the studies of Settlement Patterns, Spatial Analysis, the application of Remote Sensing GIS in archaeological research, and the study of the Sociopolitical Organization of the Classic and Postclassic periods.

Carlos is an archaeologist graduated from the School of History at the USAC (Universidad San Carlos de Guatemala) and has postgraduate studies in Geographic Information Systems (SIG) from the Faculty of Engineering from the same university. He is currently a Ph.D. candidate in Archeology from the Sorbonne University in Paris, France. He also has received several scientific research grants awarded by the government of France. He is one of the pioneer Guatemala archaeologists to use LiDAR technology for the environmental study of the electricity sector and the detection of archaeological sites for various research projects. He currently resides in the United States and enjoys visiting national parks with his family.

Mr. Suyuc, started in 2002 as Co-Director of the Mirador Basin Project until now.
His specialty is lithics, of which he has made several publications. He had the interim and auxiliary head of Archeology of the Department of Pre-Hispanic and Colonial Monuments of the Institute of Anthropology and History of the Ministry of Culture.
He was an assistant professor at the School of History at USAC (Universidad de San Carlos de Guatemala).
Mr. Suyuc is an Archaeologist graduated from the School of History at USAC (Universidad San Carlos de Guatemala), he is currently a candidate for a Master’s Degree in Social Anthropology at CUNOC (Centro Universitario de Occidente). He also earns a diploma in Stone Materials Conservation from the National Institute of Culture, Panama.

Josué started his work at the Mirador project in 2006. He’s currently the Deputy Director of the Conservation and Restoration unit. His work consists of the identification, documentation and diagnosis of architectural pathologies, construction materials, intervention proposals and execution of restoration work on historical monuments and stucco art.
He’s also expert on laboratory work related to the management of registration, packaging and delivery of cultural assets to the Institute of Anthropology and History (IDAEH)
Josué is an Archaeologist graduated from the School of History at USAC (Universidad San Carlos de Guatemala). He is currently a candidate for the Master’s Degree in Restoration of Monuments from the Faculty of Architecture at USAC.
He’s been awarded from the College of Engineers and he’s completing his Technical degree with a Bachelor degree on Arts.

Sheila has achieved a degree at USAC (Universidad San Carlos de Guatemala) as a Technician in Archeology from the School of History at the University of San Carlos in Guatemala and also a degree on Rights of Indigenous Peoples.